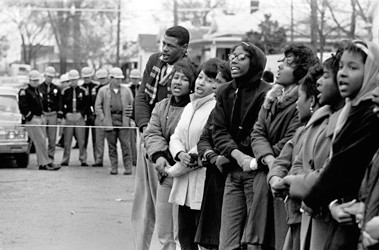 The Power of a Hook

What is the importance of the hooks of the songs that sang about equality which were popular in the 1960s and how they were used to advance the movement, give modern examples of how these songs are still being used and how current songs are imitating the songs from the past.

What is the Significance of a "hook"?

Through song, artists were able to express sentiments most were unable to verbalize during that time.

These hooks became anthems and slogans for the public to proclaim during protests and in private in order to further their missions.

The reason why the Civil Rights Movement was so successful is because the general purpose of the movement,
equality for every man regardless of the color of their skin, was able to be so widespread and was embodied through art and culture as well. Music played a large role in spreading the message of these activists because they were able to translate the emotions of the previously suppressed minority groups and put it into a catchy song.

Why Do Songs Matter?

We remember things that we find beautiful and can easily connect to. From personal experience, I am drawn to songs that I connect with. If what the artist is singing about in the song is relatable to the the listener's life than they are more prone to remember the song and appreciate it more. 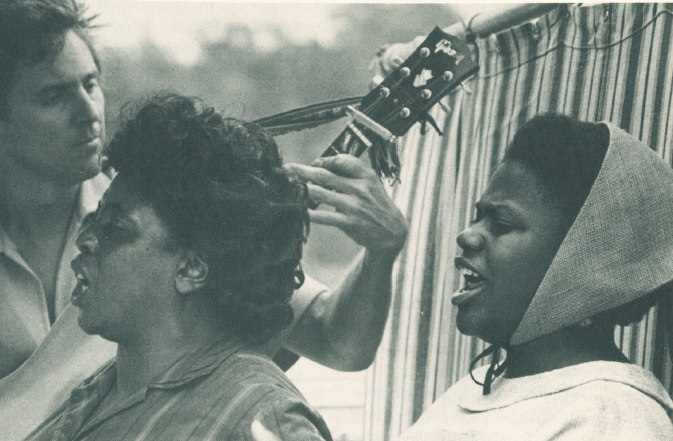 The hooks of these songs became anthems of the activists because they were able to be easily remembered and the listeners were able to develop a strong connection with its message.

These songs gave a voice to the voiceless. Examples of how songs were effectively used can be seen when viewing the lives of slaves because songs were used by slaves to communicate with one another.

The list of songs that were influential in assisting the Civil Rights Movement is exhaustive but major songs
that truly embodied what the Civil Rights Movement stood for was “Mississippi Goddam” by Nina Simone, “A Change is Gonna Come” by Sam Cooke, “We Shall Not Be Moved” by Mavis Staple and “Lift Every Voice and Sing” by James Weldon Johnson. These artists wrote their music not only to bolster the efforts of the Civil Rights activists but also to call attention to the situation at hand that their white audience would prefer to ignore. Nina Simone,in particular, wrote her song “Mississippi Goddam” as a retaliation to the injustices being committed against African Americans in the Deep South.The phrase, 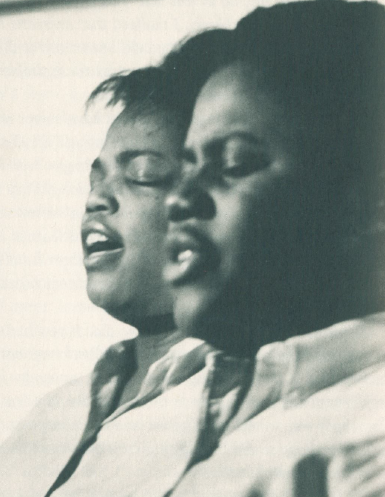 “Mississippi Goddam” became a political statement because, during that time period, the state of Mississippi was known for allowing horrible racial induced atrocities to occur to the African Americans living and protesting for their civil rights in the state. Prominent activist and World War II veteran, Medgar Evers was gunned down in his driveway by a Klu Klux Klansman which motivated Simone to write the song, “Mississippi Goddam” as a response.

General statement songs like Mavis Staple’s “We Shall Not Be Moved” speaks of the determination of the activists when facing government and social oppression. The hook of the song continuously states that “we shall not be moved” meaning that the people of this movement will not be swayed from their primary goal and there will be nothing that can stop them from accomplishing this mission. This song is influential because the constant repetition of the hook embeds itself into the minds of the listeners. Steady repetition, for the most part, improves a person’s explicit memory or declarative memory which is one of the two major long term memory subdivisions. When a phrase is repeated, it lodges itself in our subconscious and we begin to embody its message over time.

For the funeral of a field director for the Mississippi NAACP, Medgar Evers Edwin King, mourners were able to receive permission to walk behind his coffin to the church, also known as a parade permit. Thousands of people from all over the nation were in attendance for this event but the procession was silent because the police ordered that there was to be no singing. They understood the power behind song.

Suddenly, one person began to slowly sing the song Oh Freedom. The song steadily gained voices and with that, power. The lyrics were switched to emphasize their anger at their situation. As the song grew and the lyrics became more personalized the police became twitchy because they could feel the atmosphere shift into something stronger. When the song switched to This Little Light of Mine a spark was ignited and the crowds began singing and marching onto the Capitol Square but were met with extreme hostility from the police officers and eventually dispersed.

A hook is the part of the song intended to "hook" the listener: a catchy combination of melody, lyrics and rhythm that stays in the listener's head” in order to drive home the primary message of the song
The hooks of songs created before or during the 1960s played an important role in advancing the outcome of the Civil Rights Movement because they were able to express sentiments that most were unable to verbalize during this time. These hooks became anthems and slogans for the public to proclaim, born during protests and in private, in order to further their missions. 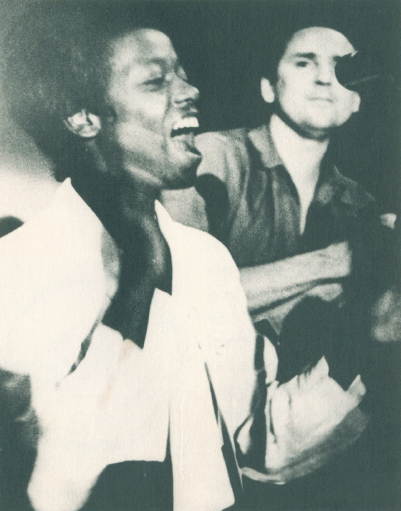 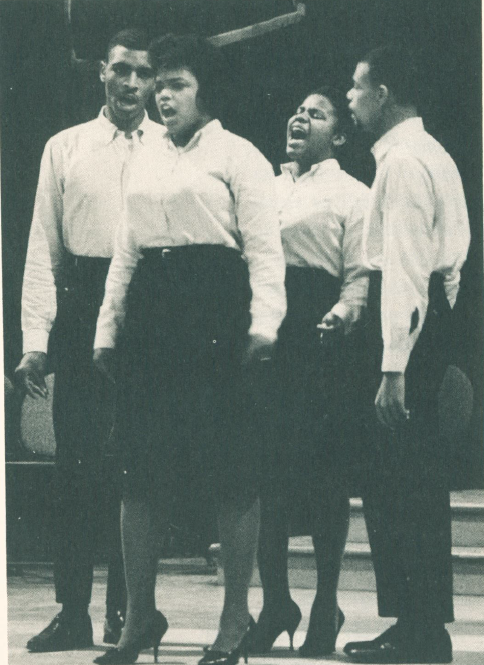 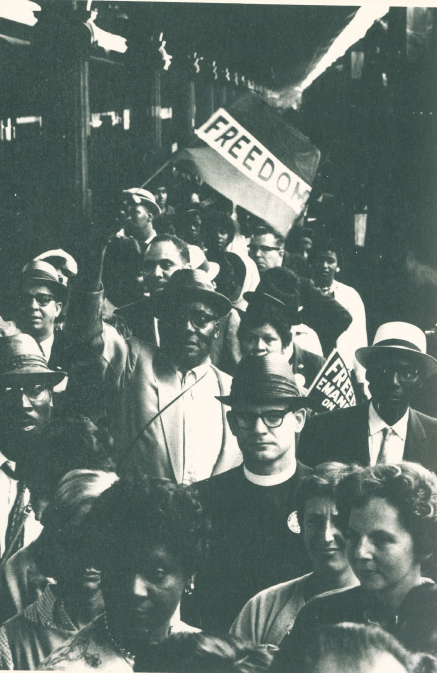