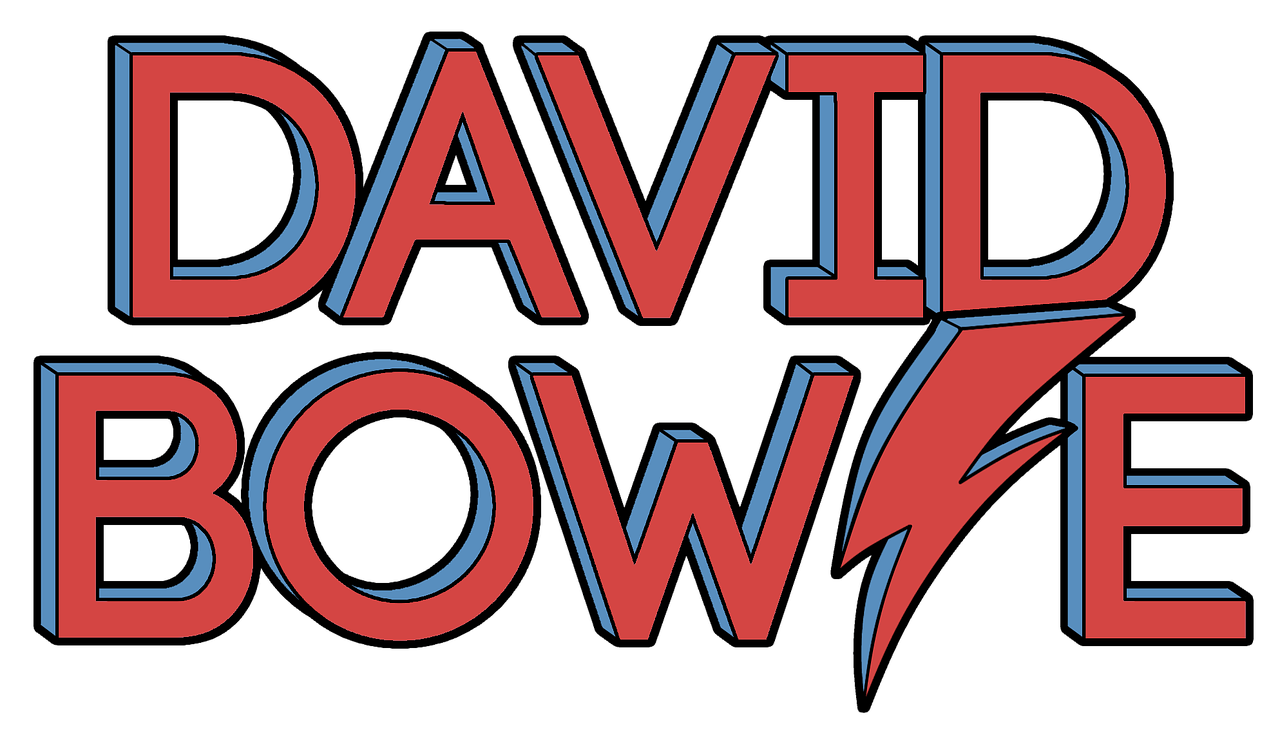 David Bowie came out as gay during an interview for Melody Maker in 1972. Despite this claim, Bowie had a wife and a son named Zowie. However, many of his songs and performances alluded to gay culture, and he often participated in cross-dressing for photo shoots and concerts. Later, in 1974, Bowie instead claimed he was bisexual, and in the 1980's he told an interviewer that he had been a "closet heterosexual" the whole time.

From the offset, Bowie’s sexuality was seen with skepticism not only by critics, but by the whole public. However, the ambiguity attached to his sexuality served to make him only more alluring and desirable. In turn, sexual ambiguity and deviance itself become more desirable to the general public, which greatly aided gay activists in their fight for equality, whether Bowie intended to advance their cause or not.

The Stonewall Riots in 1969 kick-started the gay rights movement, and helped unite the gay community. This new sense of purpose and unity manifested itself in gay rights organizations like the Gay Liberation Front, and magazines like The Advocate and Drag. These magazines discussed David Bowie and his performances, which gives an insight into the relationship between Bowie and gay community members.

Leaders of gay rights organizations approached Bowie to propose the idea of being their spokesman, but David refused. He did not want to be the leader of a cause, and instead only wanted to express his individuality through sexual deviance.

In the video above, David Bowie performs the song "Queen Bitch" while dressed as Ziggy Stardust. Although the song was not on his Ziggy Stardust album, he often performed it during his Ziggy Stardust tour. “Queen Bitch” and “Lady Stardust”, a song from the Ziggy album, show how Bowie flaunts his gayness. In the lyrics of these songs and others, Bowie leans heavily on gay stereotypes to portray the characters and events he describes. In Queen Bitch, Bowie talks about a cross-dresser, and refers to him as "she":

She's an old-time ambassador
Of sweet talking, night walking games
And she's known in the darkest clubs
For pushing ahead of the dames

David discusses the stereotypical aspects of gay culture in the song by mentioning clubs and a drag queen who is trying to take home a man. Although the lyrics did not give a new perspective on gay culture, or break any common stereotypes about gay men, Bowie sang about gay stereotypes at a time when it was considered taboo. This in itself helped the gay community to find acceptance in mainstream culture, and gave Bowie a strong gay fan base. 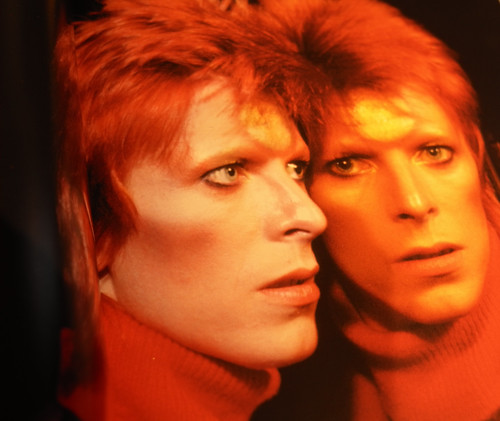 The photo above belongs to Brandon Carson, no changes have been made. License: https://creativecommons.org/licenses/by-sa/2.0/legalcode

Ziggy Stardust, in being an alien, helped fans to accept this alternative vision of homosexuality. Creating space creatures let people defined the unknown, and common knowledge about homosexuality was extremely lacking at the time. Additionally, people were more open to Ziggy’s sexual deviance, because they were already open to celebrating his deviance as an alien. By packaging Ziggy’s bisexuality with being an extraterrestrial, the concepts of being extraordinary and other-worldly that were associated with space creatures were superimposed onto ideas of sexual deviance, which advanced the acceptance and attractiveness of it. In this photo of Ziggy Stardust, it is easy to notice how the flaming red hair, high cheek bones, forehead circle, and multi-colored eyes add to Ziggy's character as an extraordinary outsider, since this was not a very common look.

A letter from a member of Bowie’s gay fan group, named Simon, gives a rare look at the type of emotional connection that Bowie could have on gay men. In his letter, Simon tells Bowie “I just want to be with you, I want to kiss you”, he thinks that they have a “telepathic link” and that he is “the only person who understands” Bowie. The depth of the emotional connection that Simon feels for Bowie is incredibly pronounced, which lends itself to the social context of the time for gay men. Simon does not hesitate to express his homosexuality in his letter to Bowie, during a time when most people would react with disgust at such a confession. Simon not only trusts Bowie, but his fantasy about understanding Bowie mirrors Simon’s own reliance on Bowie as the only person who can understand his own situation as a gay man. The sentiments of Simon about Bowie are likely reflected on many other gay fans of Bowie who idolize him and draw support from Bowie’s stardom. Simon does not mention Ziggy Stardust at all, which suggests that the specificity of relating to David Bowie or Ziggy Stardust is relatively unimportant for Simon and other gay fans to find a sense of solidarity with David Bowie, despite the controversy over authenticity and gay opacity. 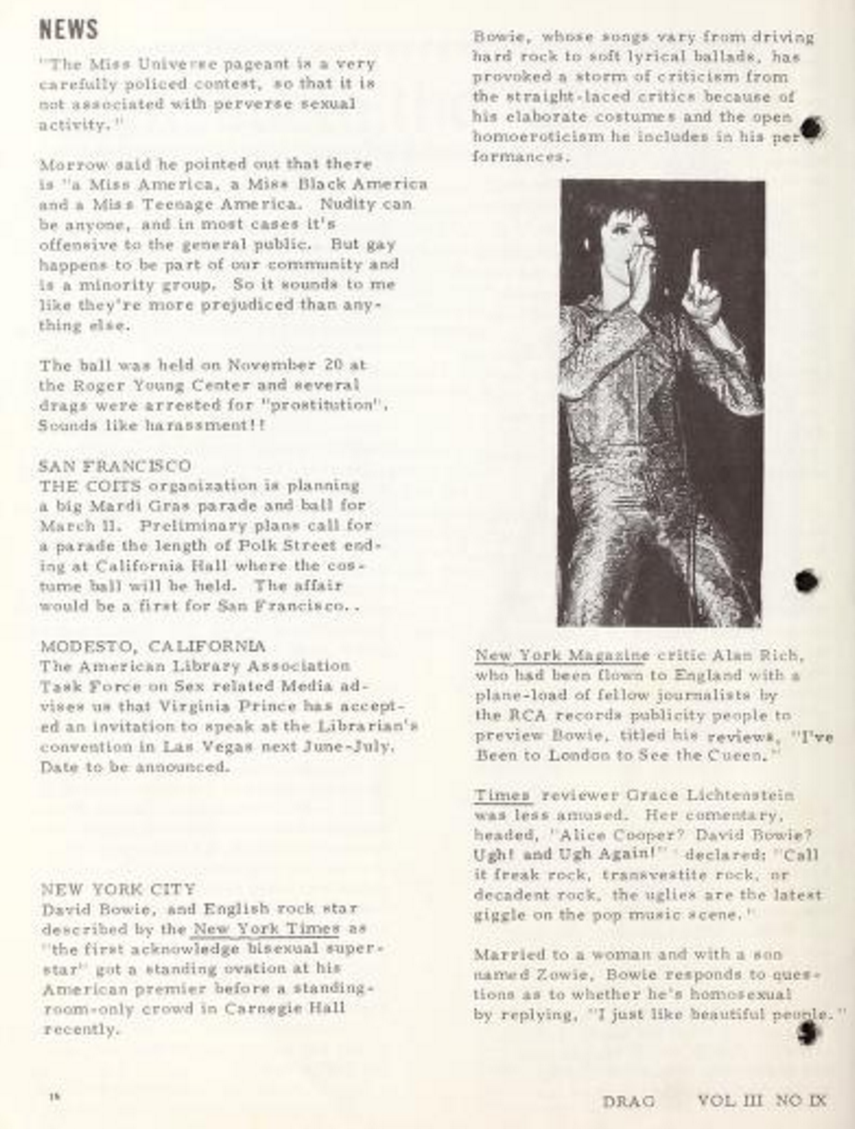 The article above is taken from Drag, a magazine created by Lee G. Brewster.

Gay magazines picked up on the sentiment of gay community members. In 1973, Drag Magazine featured David Bowie in its news section, focused on his performance in New York, where the gay rights movement originated with the Stonewall Riots. The magazine discusses Bowie in extremely favorable terms, as the “first bisexual superstar” who got a “standing ovation at his American premier concert” in Carnegie Hall. The article fails to mention, however, that many of Bowie’s other concerts in America had very low ticket sales, and that he often played at venues that were only half-filled, if that.Drag promotes an idea that David Bowie is very much in America’s limelight during his first tour, when this was not exactly the case. This idea could very likely give its gay readers the idea that Bowie could be their representative in pop culture.

Interestingly, the magazine includes both favorable and critical views of Bowie in its article. The article quoted a critic saying: “Call it freak rock, transvestite rock, or decadent rock, the ugliest and latest giggle on the pop music scene.” Including the quote was probably not a way of agreeing with his sentiments, however. Instead, the magazine gives its readers a chance to find solidarity with Bowie, because they often deal with the same type of treatment from society in being ostracized. Drag attempts to rally its gay readers around Bowie, creating a favorable communal attitude towards him. However, the magazine also notes that David is “married to a woman with a son named Zowie” and he “responds to the question as to whether he’s homosexual by replying ‘I just like beautiful people.’” Bowie’s sexual ambiguity pervades even gay magazines such as Drag, and yet he is still a topic of discussion for its journalists and readers in an admirable light. Despite his mainly heteronormative lifestyle, simply the suggestion of identifying with the gay community seems to have been enough for them to rally around Bowie. No mention of Ziggy Stardust can be found in the article, suggesting that the character is not necessary for the magazine and its gay readers to relate to David Bowie.

Even though Ziggy was arguably more authentically aligned with gays because of his solidly deviant sexual preferences, gay fans didn’t identify with Ziggy over David Bowie. Instead, Bowie himself and his flirtation with the idea of gayness, his sexual ambiguity, and his embrace of the outsider culture was enough for gay fans. He made sexual deviance popular which encouraged a strong gay fandom. People became more open to homosexuality in general because of the influence that David Bowie had on American culture and his popularization of sexual deviance. Through the essence of Bowie, gay fans and queer people across America could become a stronger community to further their interests for social acceptance and equality. 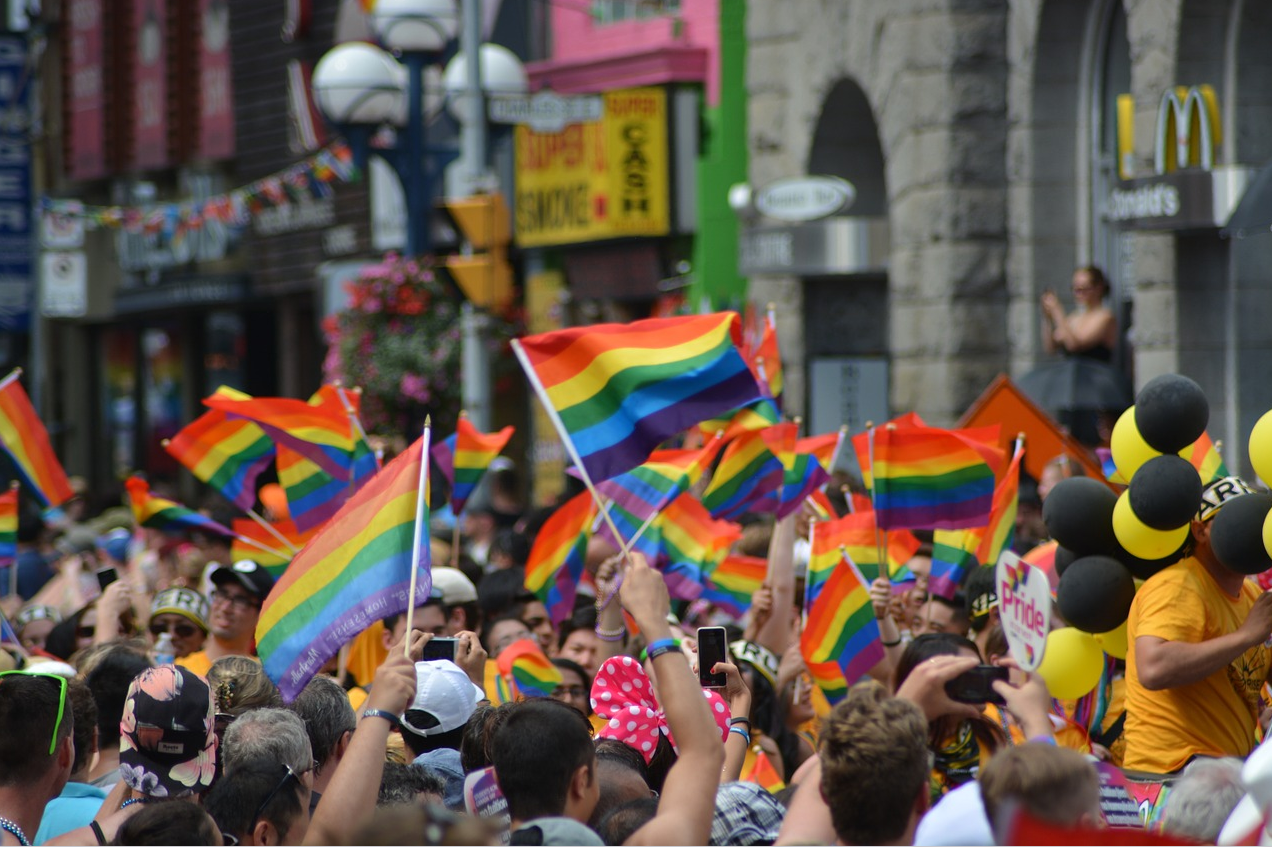 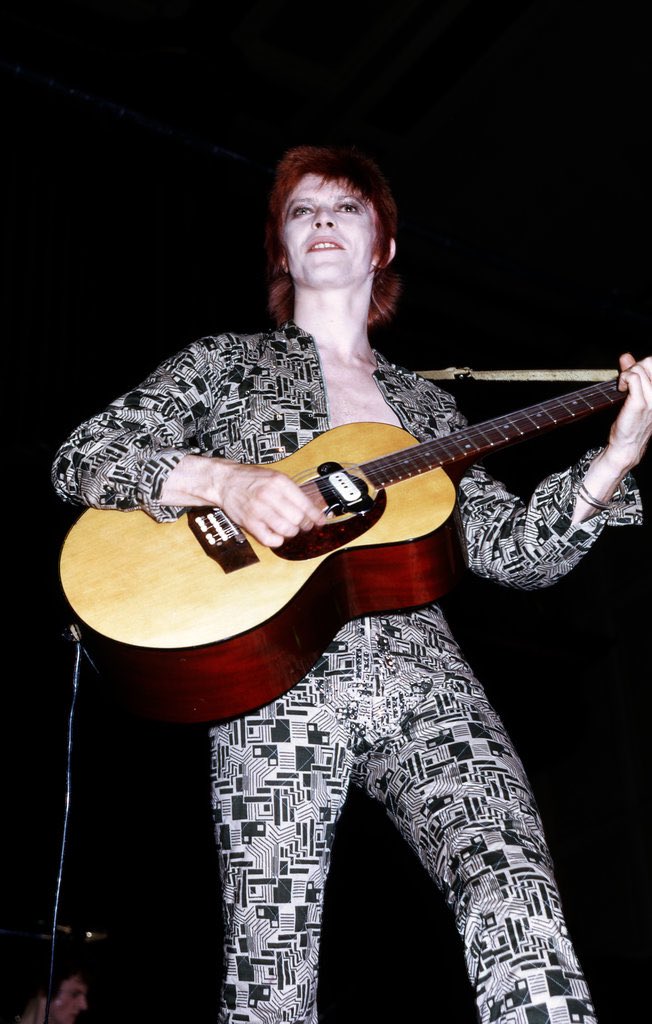 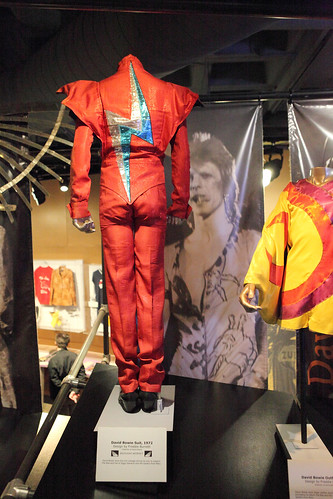 "David Bowie wore this suit onstage during his tour to support The Rise and Fall of Ziggy Stardust and the Spiders from Mars." 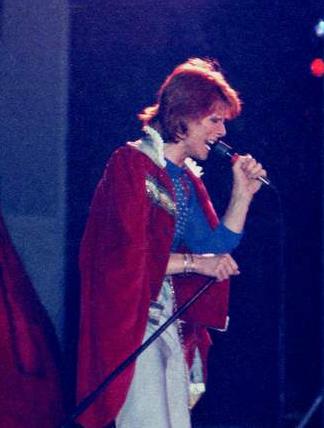